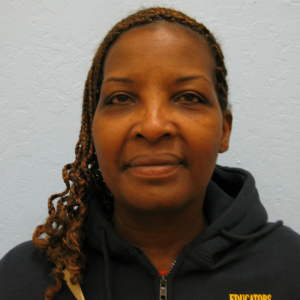 Update as of September 20, 2012: Under the agreement between Sheila McInnis and the Parkview HOA Board, Sheila is actively pursuing her loan modification with Wells Fargo and reporting to the Board on the progress of her application. Wells Fargo has indicated to Sheila that they will include the past due HOA dues and legal fees she owes in the modification, if it is approved. The HOA Board agreed to refrain from re-calendering her eviction until Wells Fargo decides on her loan modification request.

Sheila says she’s speaking weekly with her Wells Fargo contact and has made her weekly reports to the Board. She’s fixing her extra room for a tenant and this weekend will post a Craigslist ad to find a housemate. Sheila also says her daughter has agreed to help by putting her name on the modification. The Board is informing other homeowners of the progress toward a resolution of Sheila’s debt to the homeowner’s association.

Special thanks to everyone who has helped toward this resolution: Ross, Elaine, Susan, Deborah and Kat with Occupy Bernal, Occupy Noe, and ACCE; Jane with the Parkview HOA Board; and Dadi at Parkview Homes.

Sheila lived in Parkview for more than 18 years when she was diagnosed with a rare and near-fatal heart disease that kept her from working for approximately 6 months. She fell behind on her mortgage and HOA payments and now owes roughly $20,000 in dues and legal fees. Relations between Sheila and the Board have been strained by the situation. Thanks to the willingness of all parties to listen to one another and give it another try, Sheila is still in her home and is working to increase her income and resolve her situation with Wells Fargo.

For updates and this alert: http://occupytheauctions.org/wordpress/?p=4235

Brought to you by Alliance of Californians for Community Empowerment (ACCE), Occupy Bernal, Occupy Noe, and Occupy the Auctions and Evictions Campaign.