Text invitation from the Housing Rights Committee of San Francisco–

We’re almost there—- there has be one more hearing because of our amendments and we really need people at this one. Join us Monday, April 22, at 12 noon for a rally prior to the final Land Use Committee hearing. The rally will be on the steps of City Hall (Civic Center side) and the hearing will be in Room 263 of City Hall.

These gains were significant enough to allow Existing TICs an expedited condo conversion process over the next several years, but amendments were made here as well. The lifetime leases were made enforceable and other loopholes were plugged up. 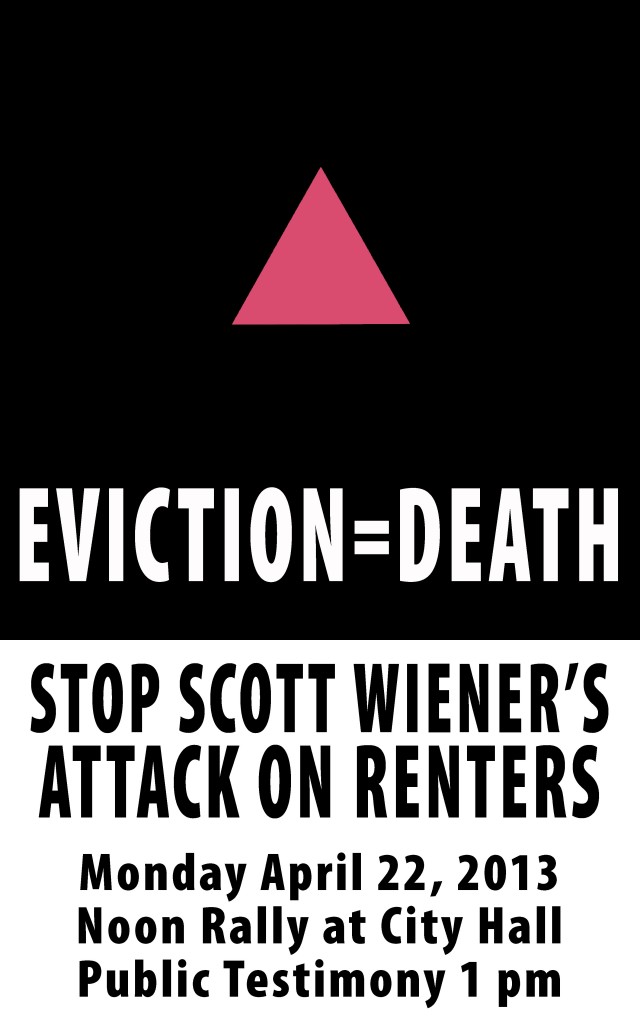